Me and the Southern Maryland Pokémon TCG crew are running the Pokémon TCG State Championships real soon. Big Event. Even got a fancified Press Release sent out to the newspapers.

The tournament is broken into three age groups and the winners in each group will win great prizes. The top prizes include invitations and paid trips to The National Championship in Indianapolis Indiana and College Scholarships.  This event draws players from all of Maryland and has drawn players from as far away as Florida and Missouri.

Pokemon Maryland State Championship is a fun event for the whole family. Some players are competing for the chance at the National and World Scholarships while others are playing for the fun and social aspects of the event. This tournament regularly draws more than a hundred players.

[EDIT: It looks like Fox News took the YouTube video. Below is a kind-of-sort-of same video. It’s the same segment (which is funny by itself) being criticized by another pundit. The original version is better, but here goes:]

But in all seriousness, this is really funny.

My equipment has still not been replaced. Just want to let you know I still intend to publish my to-do list for life and an original composition as I promised to do so a few days ago. Unfortunately, finding new equipment takes precedent and I don’t want to half-ass it, so just hold on a few days. I will be back at 100% soon.

As I mentioned on my facebook page, I’d be publishing a song (an original composition) tomorrow on my music page. Some of my equipment broke, so I’ll have to put off on publishing the song until I buy some new equipment, which will be ASAP. For now, I just have two arrangements I did on the music page, Mezamero! Yasei and Zankoku Na Tenshi no Te-ze.

New Artwork! It has been published on my deviantART page.

From time-to-time, I release works on deviantART instead of here. 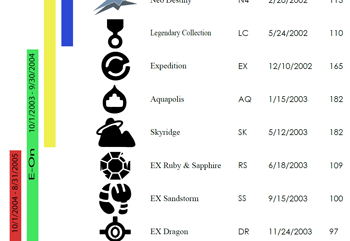